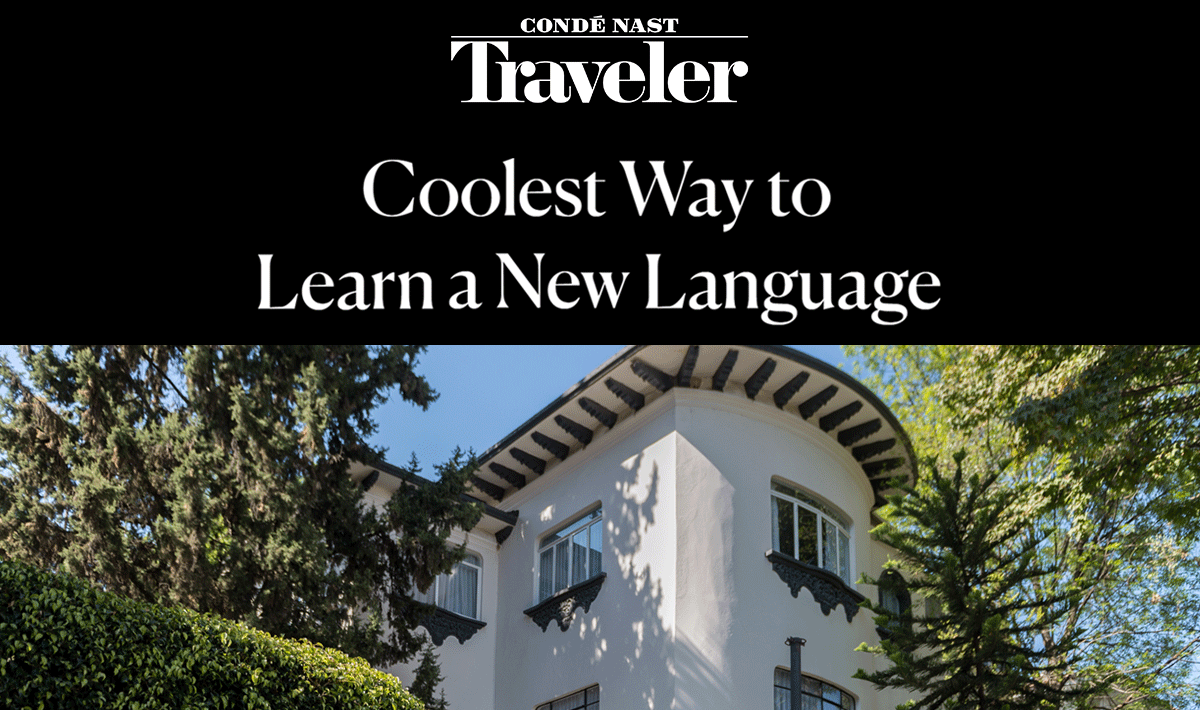 Travel writer Mary Holland spent a week at the Spanish Immersion in Mexico City to get a first-hand experience of how Fluenz is reinventing face-to-face language learning. Her day-to-day chronicle of the Spanish Immersion led by Sonia Gil, life in our Polanco mansion and the food experience at Pujol are worth reading by anyone interested in signing up to the program.

In the words of writer Mary Holland, “It only takes a week and you get to eat out at one of the hottest restaurants in Mexico City.” For her, the dilemma of how to tackle Spanish will sound familiar to anyone who’s ever thought about learning the language, “Like joining a gym on on the first day of January, wanting to learn a new language begins with good intentions. It’s almost a romantic idea—hours spent huddled over vocabulary cards and rolling your r’s! But who has time? I sure don’t. And the reality was that I’d either have to learn Spanish in a gloomy classroom in New York or uproot my life and move to a Spanish-speaking country for full immersion. Or so I thought. There’s a compromise: I could “move” to Mexico for a week and dedicate what would have been work- and taco-filled days with enough lessons to go from zero to conversational Spanish.”

Like other participants who have gone through the Immersion this year, Mary found the one-on-one sessions with Fluenz coaches transformational, “On day one, I was reminded of what a terrible student I am. Having not set foot in a classroom in more than a decade, my brain felt as though it had been put in a blender. Coupled with my terrible attention span, I was a teacher’s worst nightmare. But sitting in a one-on-one class meant I couldn’t hide behind other students and I had to force myself to focus—even when I mixed up pero (“but”) with quiero (“I want”) or used the masculine pronoun for “salad” instead of the feminine for the 100th time. [Sonia] Gil, who sometimes sits in on classes, reminded me gently that frustration was to be expected. When you’re learning something unfamiliar for five hours a days, you’re going to make mistakes.”

El or La? Gender in Spanish: How to know when a noun is feminine or masculine
'My' in Spanish: A Simple Guide to Possessive Adjectives in Spanish
Forbes Reviews Spanish Immersion