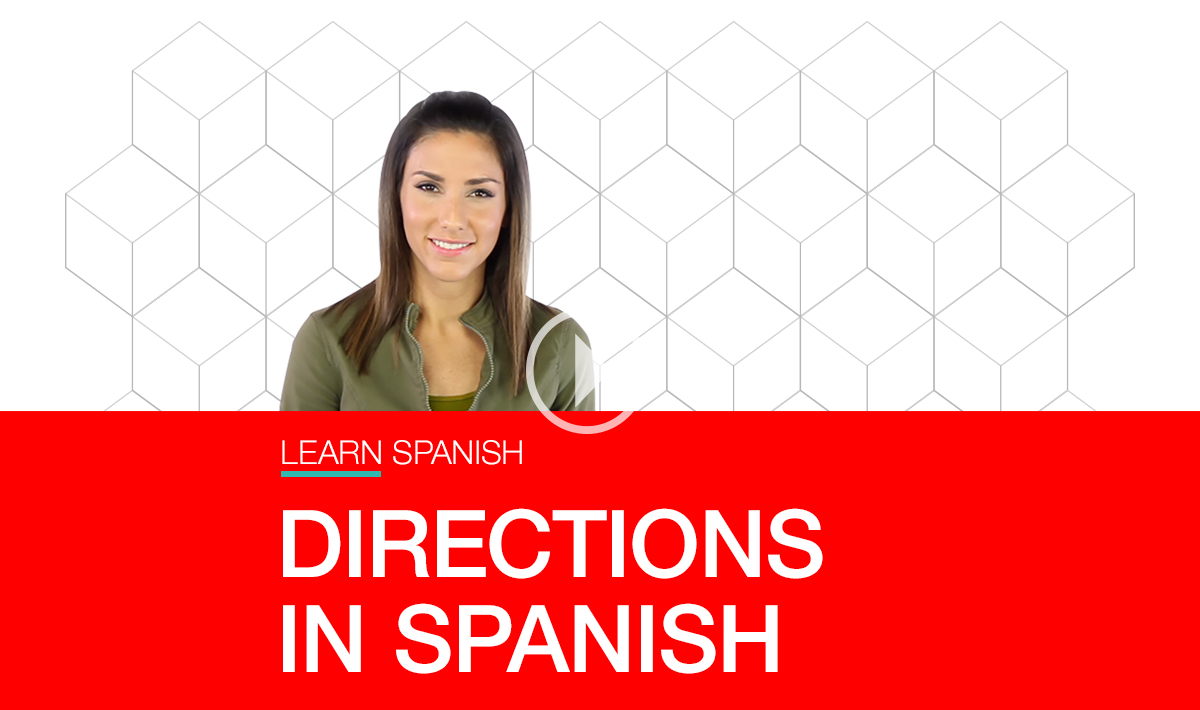 First things first, let’s learn the word that will guide our whole lesson:

Simple! Knowing just that in Spanish can get you very far. Attach a location and you are set:

Note that the H in hotel is as silent as always.

Let’s add a few more locations in Spanish you might need to go to:

Say you have the name of a restaurant and you ask:

We could also simply say:

(It) is in that hotel = Está en ese hotel

Before moving on, let me introduce you to our magic preposition: ‘en.’ Whenever you would use ‘in,’ ‘on’ or ‘at’ in English to refer to a location, we use ‘en’ in Spanish.

Two Crucial Words: Here and There – Aquí and Allá

These Spanish words will, no doubt, take you very far.

The station is there = La estación está allá

Or, in its negative form:

The station is not there = La estación no está allá

Notice the order here. In Spanish, ‘no’ is always placed before the verb.

In Spanish, we don’t place two nouns together, so the structure is always ‘X of X.’

Let’s add some more vocab to see this in action:

Following that same idea, how would you say ‘water bottle’? Simple, it becomes ‘bottle of water:’ botella de agua.

Let’s try with a new word:

So you see, it’s always the same.

Back to locations now. Let’s finish off with more useful vocab you can use with ‘¿dónde está?:’

Where is the exit? = ¿Dónde está la salida?

Similarly, you could ask:

Where is Sonia? = ¿Dónde está Sonia?

That’s all. Feeling powerful? Now it’s time to piece it all together. In my next video and article we will keep building up on this to take you even farther. Don’t miss it!