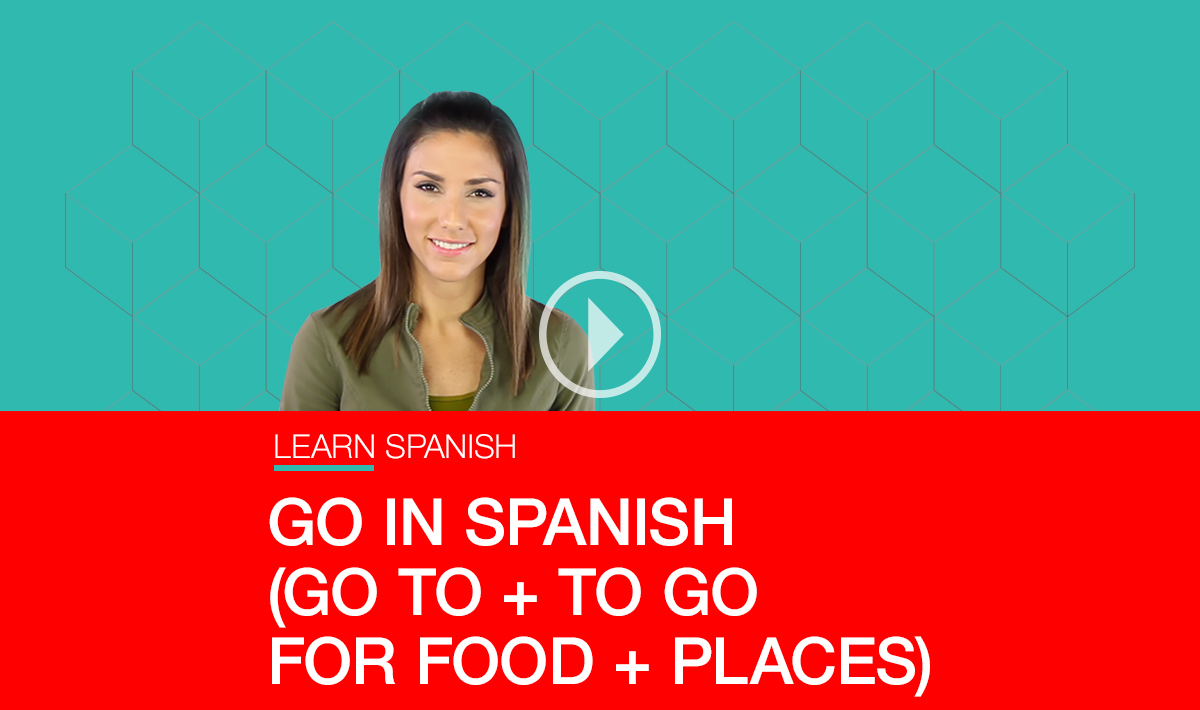 The verb to go in Spanish and the phrases ‘go to’ and ‘to go’, particularly when matched with words for places, can be very powerful tools. Knowing that ‘ir a’ means ‘to go to’ in Spanish is life-changing: with this single expression plus some vocabulary you will be able to say and to understand going to the station, the airport, a museum, a restaurant, or the bathroom, all in Spanish.

How do you pronounce it? EER-AH

It is two separate words: ‘ir’ is the infinitive form for the verb ‘to go.’ And ‘a’ is a preposition that in this context means ‘to.’ So, putting them together, adding the place where you want to go, you will have a complete sentence:

With this phrase you are armed and ready to get anywhere! It is pretty easy to learn too, since you don’t have to conjugate the verb ‘to go’, only the verb ‘querer’, ‘to want’ in Spanish.

So let’s add some more useful locations to your vocabulary.

Make sure you take your time reading them out loud a few times.

Some of them might be tricky. Here is a tip: first, remember to put the emphasis on the correct syllable.

For example, in the Spanish word ‘catedral’ you might be tempted to pronounce kah-TEH-drahl, since it is very similar to ‘cathedral’ in English. Pay extra attention on those cases. The stress is on the last syllable: kat-teh-DRAHL.

Now, the ‘r’ there is a soft ‘r,’ not a rolling ‘r.’ But it is not as soft as to get confused with the ‘d’ sound right before it. Here is a trick: pronounce ‘data’ in English. Do it faster until the ‘a’ sounds are almost lost. And you will have the same ‘dr’ sound as in ‘catedral’!

Let’s put them to use!

Pay close attention to this one:

Quiero ir al museo = I want to go to the museum

You never use ‘a el’ in Spanish, this expression doesn’t exist. Instead, there is a word, a contraction, that combines both: ‘al.’ It is always used before a masculine noun:

With feminine nouns, you will use the regular combination of ‘a + la:’

El edificio = The building
Quiero ir a ese edificio. Está en esa calle = I want to go to that building. It’s on that street.

El cine = The movies or the movie theater
¿Quieres ir al cine? = Do you want to go to the movies?

How About Some Company?

It’s all coming together, isn’t it?

See how easy? Keep practicing these structures and you’ll be able to find your way around, and go to places, and go for food in Spanish in no time. Plus, if you want to go shopping, don’t miss my next video and article where I show you everything about the verb ‘to need’ and some essential items.

Counting in Spanish: Numbers from 100 to 999
Spanish Survival Kit: Asking for Directions
El or La? Gender in Spanish: How to know when a noun is feminine or masculine