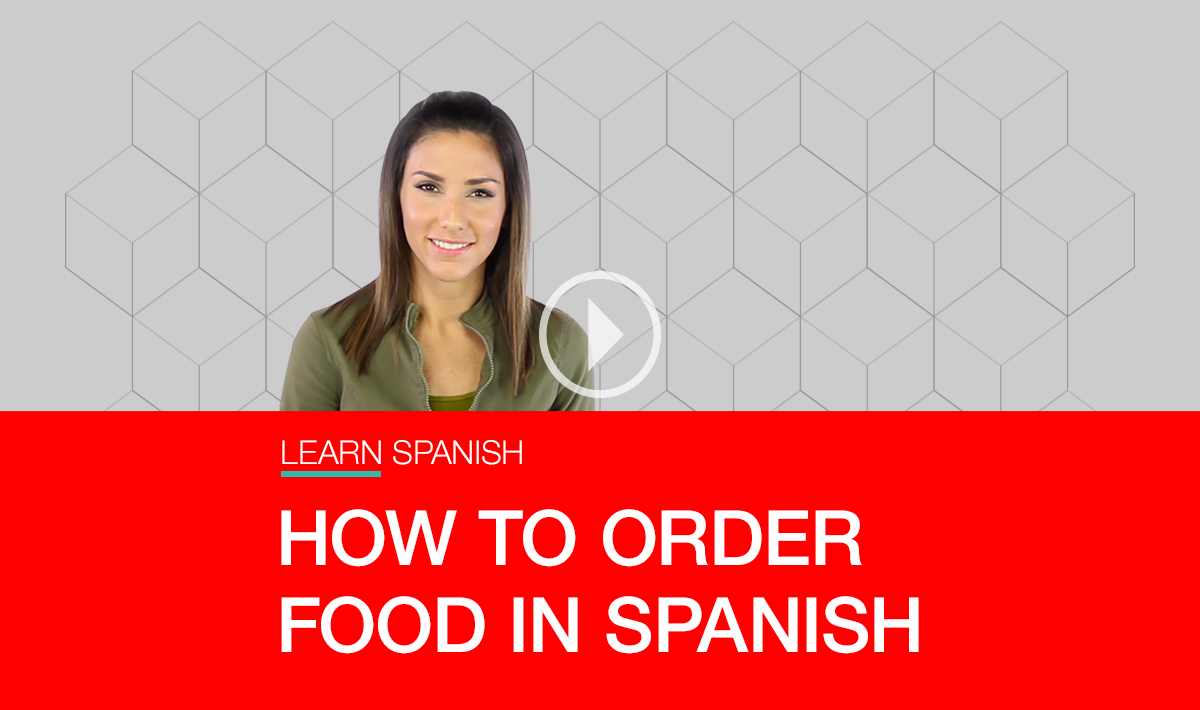 Before jumping into our main topic, let’s learn the conjugation of the ultimate verb in Spanish to order something: ‘querer’ or ‘to want.’

One important thing we need to mention is that in Spanish we can always omit the subject of a sentence. Meaning you can say:

Yo quiero un café = I want a coffee

The verb itself tells you what the subject is. In fact, it’s what you’ll hear the most, so it’s better to get used to it.

We show tacit subjects in parenthesis. So ‘he wants’ would be ‘él quiere’ but ‘(he) wants’ would simply be ‘quiere.’

Back to the restaurant context, here are some keywords to fill our belly:

Now we can say:

If you think of that very same Spanish phrase, it could also mean:

How can we tell? It all depends on context.

So, if a waiter asks you ‘¿quiere beber algo?’ it probably means ‘do (you(r)) want to drink something?’

To which you can answer:

‘También’ is a great word because not only does it mean ‘also,’ it can mean ‘as well’ and ‘too.’

Now let’s have a look at some more crucial words for food in Spanish:

Keeping those in mind, let’s add another ingredient: ‘of’ or ‘de’ (deh) in Spanish.

But what if you’re offered more than one option? Look:

However, you would say:

And what if you want no ice? Very easy:

You’re ready to go out for dinner now. Take your local friends out and show off your new skills!

Now that you’ve eaten, it’s time to get to know the place where you are. In my next video and article I tell you all about directions in Spanish and how to make your way around a new Spanish-speaking city. Go check it out!

Shopping! The Verb To Need: Sometimes you Really Need it.
Numbers in Spanish: the practical guide for English-Speakers
Adjectives in Spanish: The Power of Descriptions in Spanish