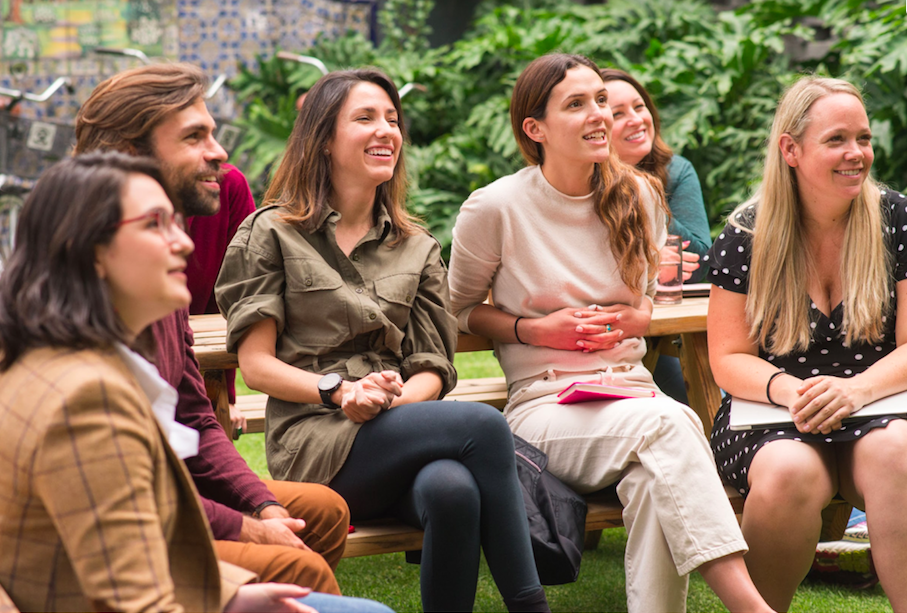 ‘Good morning’ is a universal greeting and the most appropriate way to greet anyone before noon. The Spanish version would be ‘buenos días’ and it’s a very useful phrase when visiting a Spanish-speaking country. Sometimes a plain ‘hello’ in Spanish, or ‘hola’, can be too short of a greeting in friendly Latin America or Spain, and it can give you away as a tourist. By learning ‘buenos días’ and other basic Spanish greetings, you’ll be mingling with the locals before you know it.

How to say ‘Good morning’ in Spanish

To wish someone ‘good morning’ in Spanish, say ‘buenos días’. ‘Buenos’ means ‘good‘ and días’ means ‘days’ (in plural), so the literal translation is ‘good days.’ The word for ‘morning’ is ‘mañana’, but in Spanish you would never say ‘buena mañana.’ Notice that ‘buenos días’ is always in plural, and that the adjective is ‘buenos’ and not ‘buenas’ because ‘día’ is a masculine noun despite ending in -a.

Check out foolproof tricks to determine gender in nouns here

How to say ‘Good night,’ ‘Good evening’ and ‘Good afternoon’ in Spanish

Other useful greetings in Spanish are ‘Good night,’ ‘Good evening,’ and ‘Good afternoon.’

The first thing to know is that Spanish doesn’t distinguish between night and evening. There is only the afternoon, or ‘la tarde’ (any time after midday and before sunset), and the night, or ‘la noche’ (any time after dark). If we wanted to wish someone a ‘good afternoon,’ we would say ‘buenas tardes,’ and for a ‘good night’ we would say ‘buenas noches.’ Note that just as with ‘good morning’, we always use the plural for these Spanish greetings.

How to ask “How are you?” in Spanish

As in English, there are many ways of asking how someone is doing in Spanish. You can be formal and ultra-polite (‘how do you do?’) or downright slangy (‘sup?’). Furthermore, depending on what country you’re in, there are some regional variations you have to look out for – you might hear ¿qué onda? in Mexico, but you would never hear that in Spain.

But first thing’s first. Let’s leave those subtleties aside for a moment and learn the universal ways of asking ‘how are you?’ in Spanish.

¿Cómo está (usted)? – The same as ¿cómo estás? but using the formal pronoun for ‘you’: usted (formal)

Even if you only know a little more than these simple greetings in Spanish, they are a great way of empathizing with native speakers and showing an interest in their culture. Now the last thing you need are a few key phrases that will help you communicate with people politely.

How to say “Please” in Spanish

‘Please’ in Spanish is por favor, which literally means ‘as a favor.’

Just as in English, in Spanish we use por favor not only to ask for something politely, but also to express frustration or disbelief: ‘Ay por favor!’ or ‘Oh please!’

And since one can’t live without the other, the next step is for you to learn how to say ‘Thank you’ in Spanish.

How to say ‘Thank you’ in Spanish

You may have already heard it countless times and you may even know what it means: ‘Thank you’ in Spanish is simply ‘gracias.’

If you want to say that you are very grateful, as in ‘thank you very much,’ you can emphasize by saying ‘muchas gracias’ (literally, ‘many thanks’).

How to say “You’re welcome” in Spanish

There are a few ways of saying ‘you’re welcome’ in Spanish, just as there are in English: ‘no worries,’ ‘no problem,’ ‘not at all’, etc.

The most common expressions are ‘de nada’ or ‘por nada’ (literally, ‘for nothing’).

While you might not be able to express many opinions with these expressions, one thing is certain: you’ll come off as a very polite individual!

Food in Spanish: The Basics
Spanish Survival Kit: Asking for Directions
'My' in Spanish: A Simple Guide to Possessive Adjectives in Spanish