Fluenz » Fluenz Blog » Learn Spanish » Basic Spanish » El or La? Gender in Spanish: How to know when a noun is feminine or masculine 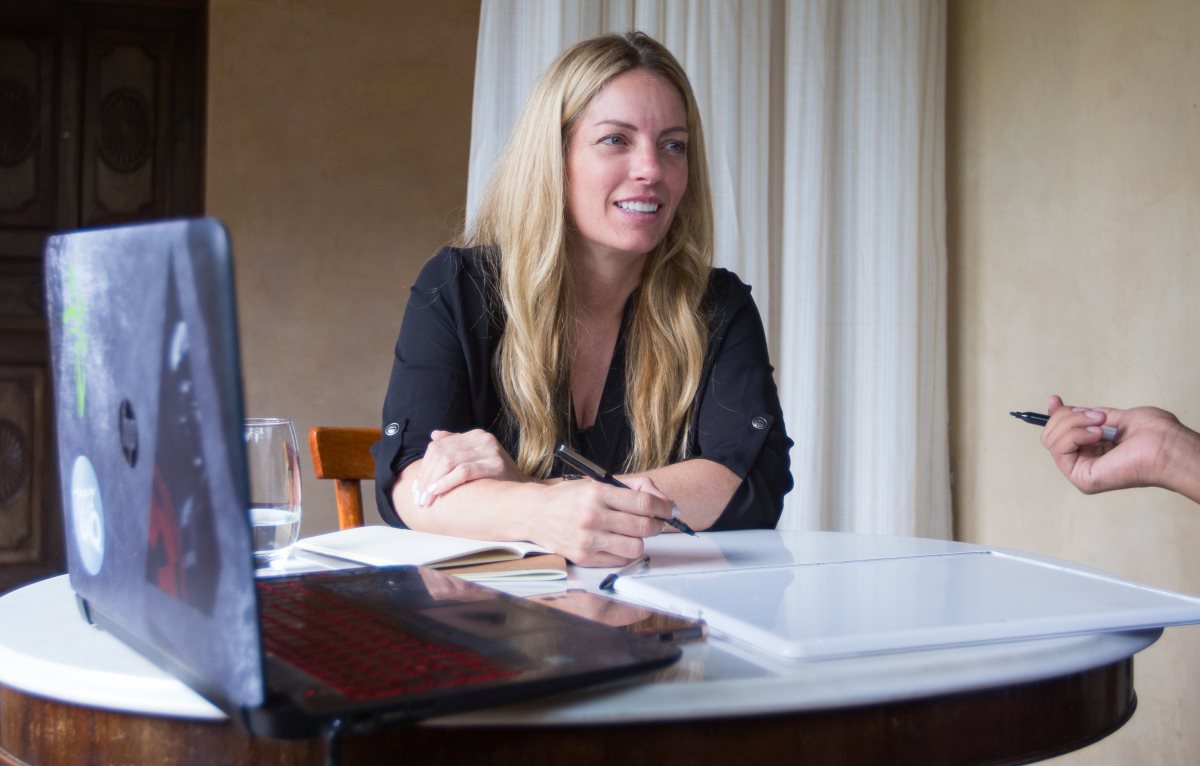 Every single noun in Spanish has a gender: feminine or masculine, that means you have to know when to use ‘El’ or ‘La’ for every single noun. If you have studied Spanish you are painfully aware of this.

For English speakers it is hard to determine when a noun is feminine or masculine simply because nouns in English have no gender.

Because gender is such an integral part of learning Spanish your best bet as an English speaker is to acquire each new word with its respective article. Think of the article almost as part of the word.

Instead of learning: libro = book, try committing to memory: EL libro = The book

Because coming from English you don’t have any reference to hold on to, sometimes our memory can only recall so much and we mix up the gender. Even though Spanish is a language of exceptions, there are a few guidelines that can help when wanting to determine if a noun is feminine or masculine. All of these rules use the ending of a word as a trick to determine its gender.

That said, we need to get something out of the way before diving into the rules for gender in Spanish.

Debunking the -a is Feminine, -o is Masculine myth

While this is actually true for a lot of words, there are so many exceptions to this rule that it often becomes more of a problem than a solution. Very often our students at Fluenz get genders mixed
up when learning new vocab because they had learned this rule of thumb. Just think of the Spanish word for “problem”: el problema !

Same goes with some words that end in -o that are actually feminine: la mano, la radio, la foto, etc.

La foto, can actually shed some light into one of the rules for feminine words. Just like “photo” is an abbreviation of “photograph”,  foto is the short way of saying fotografía.

Which brings us to the first rule!

As you might have guessed, all of the tricks we’re going to cover use word
endings to determine the gender of a word in Spanish.

Words ending in -ía and -ia

El DIA = THE DAY
“el day” is masculine and is the ONLY exception.

*People, animals and occupations have their own set of rules. It’s
coming up later.

Words ending simply in -ión are often masculine, as in: el camión, el avión, etc., so bear that in mind!

Words ending in -ua and úa

* This is the only word ending in -ua that takes a masculine article. Yet it behaves like a feminine noun. Adjectives describing, agua are feminine. We say EL agua fríA (The cold water). You may have come across this strange exception before where the masculine article el is used for a feminine word.

Words ending in -ed (if the stress falls on this syllable)

Helpful, right? Now let’s check out the tricks for masculine nouns in Spanish.

Unfortunately, there are not as many rules to know whether a noun in Spanish is masculine. In any case, if a word has any of the following endings you can be absolutely sure that it is masculine.

Words ending in -ío and ío

Words ending in -or

Words ending in -ismo are simply the Spanish counterparts to the English isms because they share the same Latin root.

As you can probably tell, all words that end in -ista denote occupations or stances and such, just like the endings -ist and -yst in English: therapist, marxist, etc. And of course, they are all derived from the isms of the previous rule.

Which brings us to the only exception to these rules!

THE EXCEPTION TO ALL THESE RULES

When talking about people, animals and occupations things get a bit blurry. But don’t worry, we’re going to give you a framework to work with.

Regardless of the rules we stated above, if the word is referring to an animal or a person, then the article must correspond to the gender of the animal or person.

For any person or animal that is masculine, these are the articles to use:

For any person or animal that is feminine, these are the articles to use:

For example. If you have the word for friend, it refers to a person correct?

So, you would have to establish if that friend is a male or a female to determine which article to use.

If you were referring to a male friend, which article would you use EL or LA?

The endings of nouns sometimes change:

The endings are not so obvious. More often than not, the endings change according to the gender of the person or animal:

Sometimes only the article changes. For instance, when the word for a person or occupation ends in -e

When occupations end in -a it gets messy. If the occupation ends in -a it tends not to change.

I know we said we would only be giving you rules that didn’t have any exceptions, the rules above are full proof- it’s when you get to people and occupations where you need to put your thinking cap on. And it gets easier with time and practice.

If you know your endings and what gender they fall into, the onlyexception to keep in mind is when the word refers to a person, an animal or an occupation because the person or animal will determine the gender of the word.

How to use the exception to the rules above

We said all words ending in -ìa are feminine. Yet if you are referring to a person or occupation this is what happens:

It’s the person’s gender that will determine whether we use el or la. And because it is an occupation, we said that those that end in -a, tend to stay the same.

What about the word for doctor?  Doctor

We said words that end in -or are masculine. But since doctor refers to a person and an occupation, it’s the gender of the doctor that will determine the article and ending. If it is a female doctor it would be:

When you are starting out in Spanish knowing the gender of nouns is very difficult. But it is something that even advanced students mix up once in a while. And to make things more interesting, the fact is that with time, languages evolve and change.

Within the Fluenz team, amongst us who Spanish is our first language we still have numerous discussions on whether certain words are masculine or feminine.

This discussion is especially alive with occupations. The words doctorA, arquitectA, are relatively new, this is why we can’t craft a perfect rule. But for example to most of us the word médicA sounds wrong- we wouldn’t use it. We would say El médicO, La médicO. Why? Well the answer is just because 🙂

If you look at texts 30 years ago you would never find LA arquitectA, it would have been LA arquitectO. But that has changed with time, and thus we end up with rules that are blurry which do not help when those starting to learn Spanish. But that is also the beauty of a language, and the fact that it is alive and evolving is one of the elements that I find personally interesting.

In both the Fluenz online program ,and in the Fluenz Spanish Immersions we take it step by step. If you are starting to learn Spanish, we only introduce the concept of gender differences a couple of sessions in. Little by little, and loads of practice is the best remedy.

Here are two articles that help shed some light on the subject:

Puzzle Solved: Why nouns in Spanish are feminine and masculine

Counting in Spanish: Numbers from 100 to 999
Go In Spanish (Go to + To go for food and places)
'My' in Spanish: A Simple Guide to Possessive Adjectives in Spanish