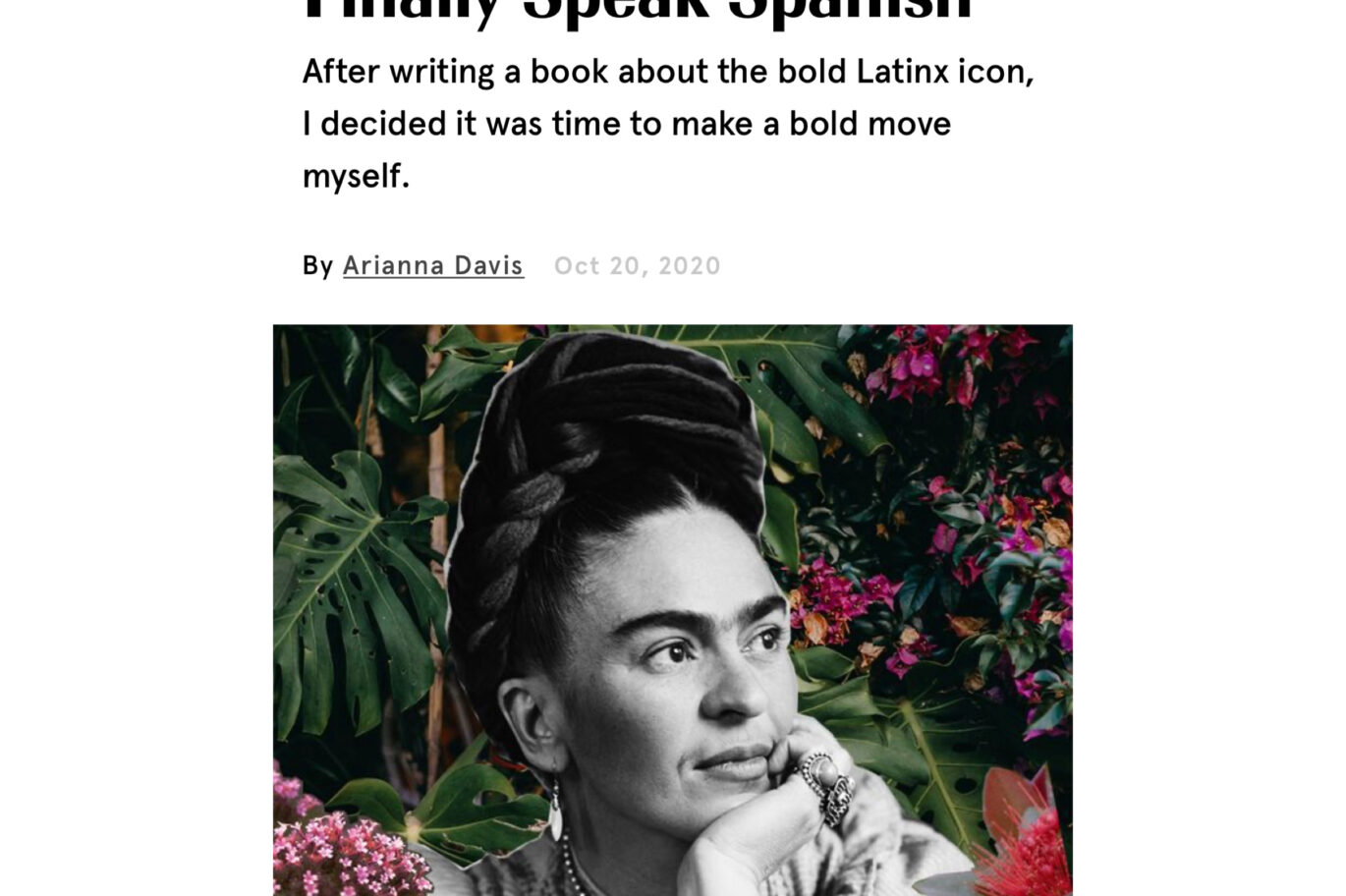 After publishing her debut book What Would Frida Do? A Guide to Living Boldly, Arianna Davis found herself facing one of her deep-seated insecurities: she was Puerto Rican but didn’t speak Spanish. After a little research, she came across Fluenz and decided the Online Immersion was the program she needed if she was finally going to face her fear head on:

“After a few hours of research, I came across Fluenz, a program that helps students learn languages through curated, week-long immersions in cities like Mexico City and Barcelona. During the pandemic, founder Sonia Gil and her team decided to recreate the typically in-person process with a six-week virtual immersion. I was hesitant about committing to three classes per week while working remotely, but I decided that if I was going to be serious about this, I needed to be all-in.”

Davis also talks about how Sonia was with her every step of the way, reassuring her that although it seemed hard at first, she’d get there in time:

“After many years of teaching, she knows that ‘learning a language puts you in one of the most vulnerable positions you can be in.’ But, she adds, the only way to learn a language is to do just that: learn it. If you feel ashamed because you have an accent or that you’re gonna sound like a toddler—that’s okay. You are going to sound like a toddler! But eventually, that toddler will grow up into a confident adult. It just takes time.”

Six weeks later and with her book out, she feels proud of her Spanish progress and proud she took the first step.

Read the rest of her story here.

Experience the magic of a great teacher at our Online Spanish Immersions
Casa Luis Barragán: visiting an architectural gem at the Mexico Spanish Immersion
Yoga with Carmen: start your day at peace, free the mind and get ready to reach fluency