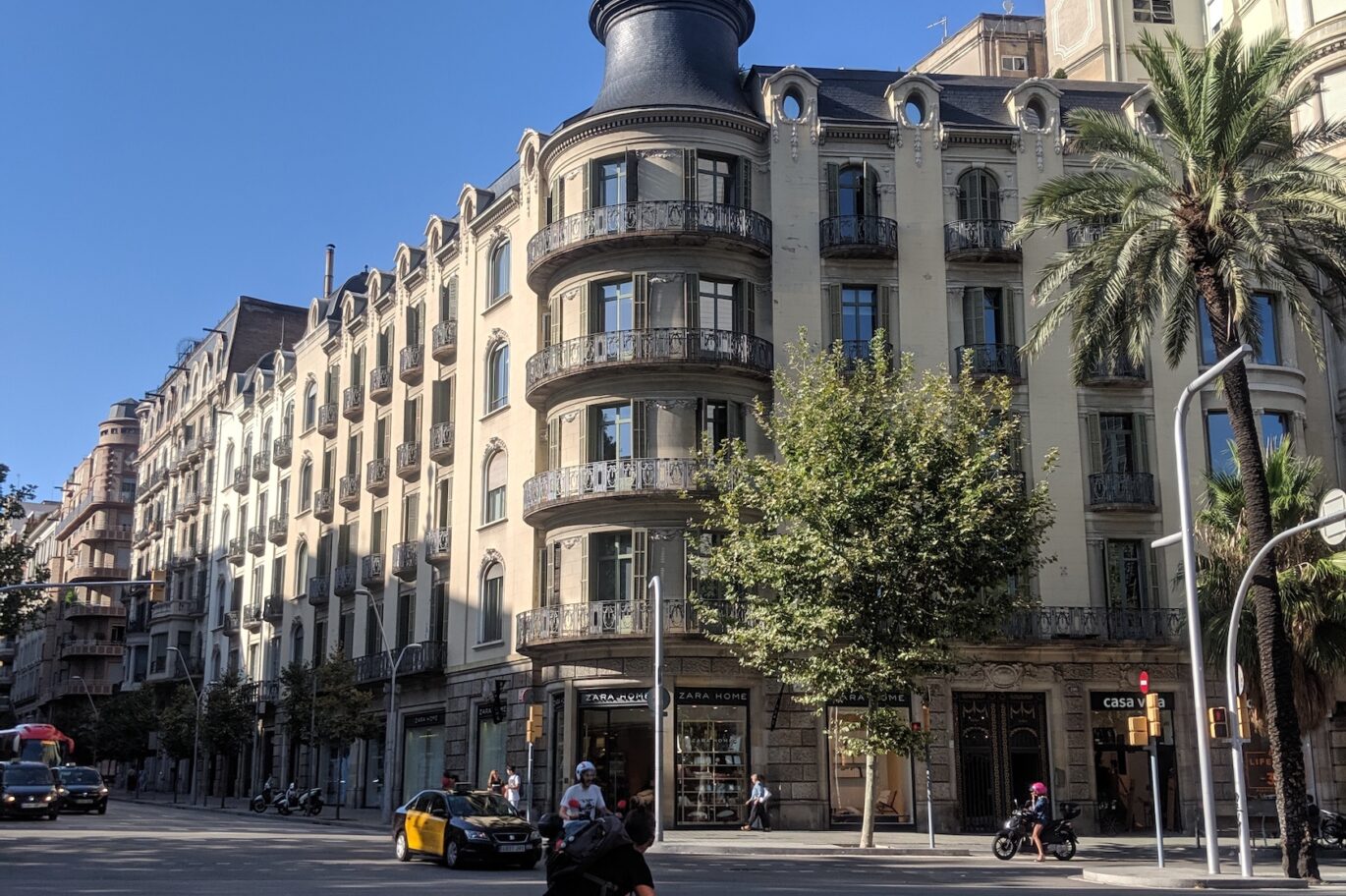 What’s the first thing that comes to mind when you think of Barcelona? Maybe it’s football, or Gaudí, or Catalán or “tapas” or just “olé”. The truth is Barcelona is so many fascinating things, that it’s imperative you come in order to discover them all; you have to feel the vibe of the city, mingle with its people and live its streets. Imagine a city that combines Mediterranean beaches and green mountains, has incredible Modernist buildings and a lively culture.  It’s the perfect destination for a Spanish Immersion! You’ll get to spend an entire week in a boutique hotel, learning Spanish and exploring this wonderful city every chance you get. Of course we’ll give you the insider’s tour of Barcelona, but these are some of the top must-see sites.

A masterpiece by Catalan architect Antoni Gaudí. This Catholic basilica is surely one of the most popular attractions in Barcelona. Over 3 million people visit it each year, can you believe it? And it’s not even done. It’s been under construction for over 100 years and it stands to be completed in 2026.

Don’t be afraid. It does look a little like a skeleton, but this building is actually another of Gaudí’s Modernist gems. It was constructed for the Batlló family in the 19th century and it’s famous for its unusual “look.”

One of the most famous parks in town. Gaudí and his friend Eusebi Güell originally wanted to use the area for a housing estate project, but when no investors came through, they abandoned it and the local council turned it into a park.

Picasso moved to Barcelona when he was only a child and the city became an important place for him as an artist throughout his life. This museum expresses the relationship he had with this community.

An iconic boulevard in Barcelona lined with cafés, shops, and food markets. Worth a stroll.

Fluenz can take you all the way to the next level. We want you to reach fluency, but we want you to have the time of your life while doing it. Are you in for our Barcelona Spanish Immersions when we open back up? Write us at guestcare@fluenz.com