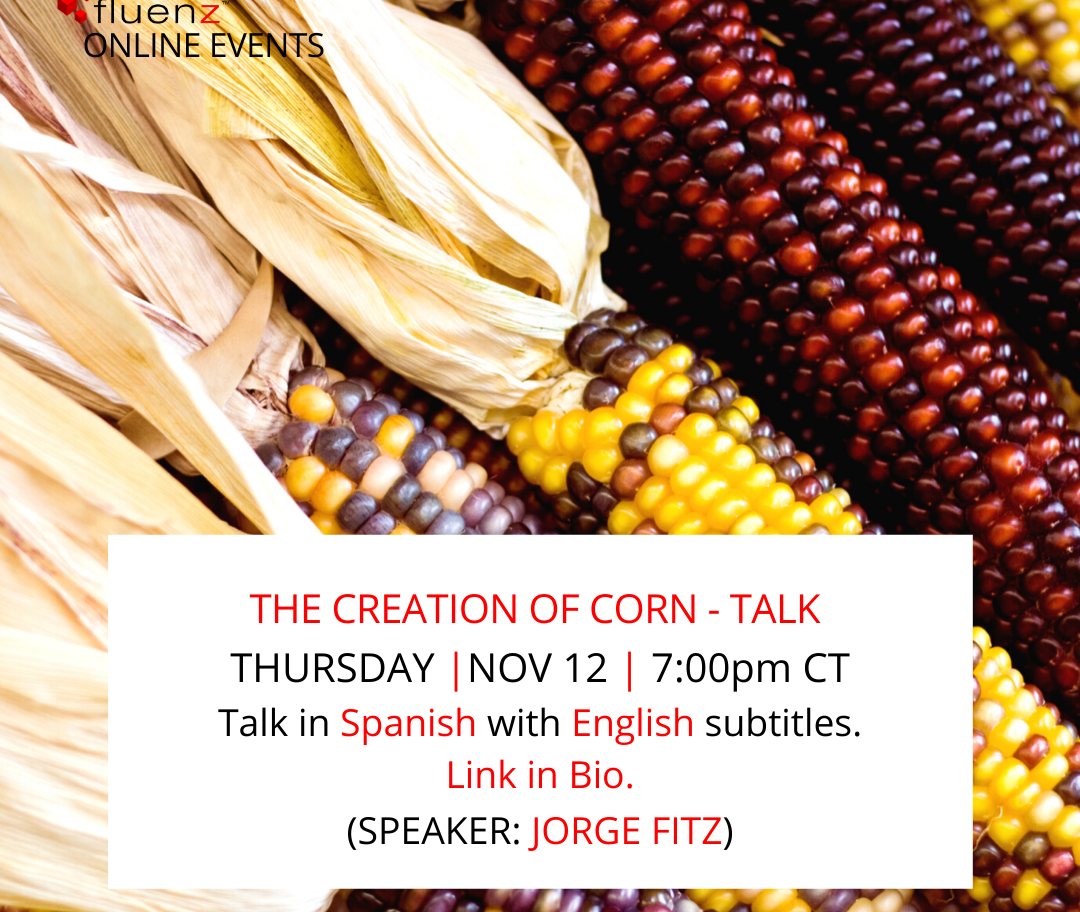 Join us tomorrow for another fascinating look back at Mexican history and culture via its cuisine. This time we’ll be talking about that all-powerful of Mexican ingredients, the wheat and bread of the Americas: corn!

Corn has played a central role in Mexican culture since ancient times. According to the ancient Maya text, Popol Vuh, humans in their final form were fashioned from corn by the gods. Corn had such a holy status for the Mayas that many experts think their body aesthetics –such as the artificial flattening of the head, hairstyles, and dental perforations— were done in imitation of the image of corn.

Nowadays, it’s clear to everybody that corn is a staple of Mexican and Latin American cuisine in general, and the truth is that that’s been the case for many centuries. It’s the original life-giving substance, and one most of us consume on a near-daily basis.

Corn is amongst the first crops in the world to have evolved by artificial selection, and certainly one whose transformation might be the most impressive – the original, “wild” corncob looks like little more than a blade of grass.

In this talk, Jorge Fitz will teach us about the sacred origins of corn and its significance in Mexican culture, not only through mythology, but through cuisine as well.

Enchanting Oaxaca! We can’t wait to start again with our Fluenz Spanish Immersions
Fascinating Barcelona: things worth seeing when you come to our Spanish Immersion
Tortillas, an important part of Mexican culture