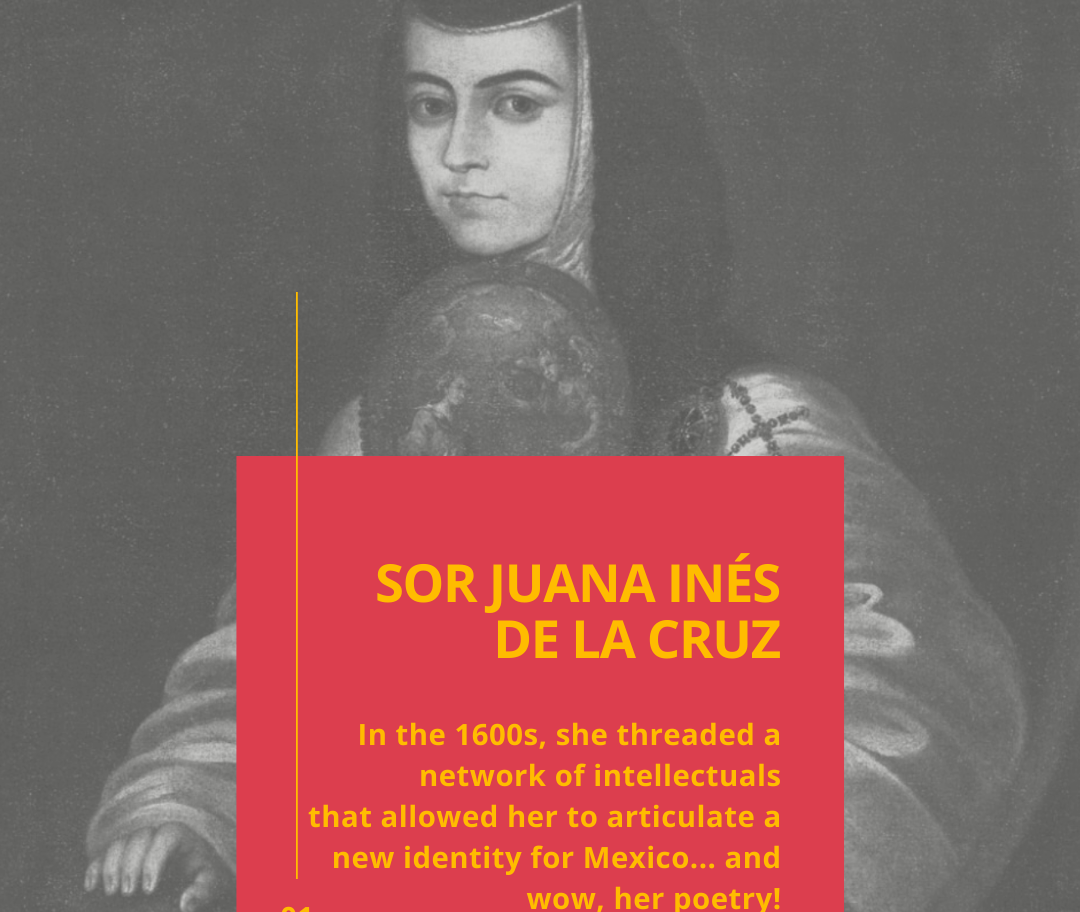 They say practice makes perfect, and there’s no better way to practice your Spanish than engaging in an activity that piques your interest. Listening to a Adrián Pascoe brilliantly talk about Mexico’s history was an opportunity to learn, as well as hear and understand native Spanish.

Mexico is special, not only because of its vast and complex history, but also because of the people that make up its intricate past. However, it often happens that many of these fascinating and important figures get buried under the mainstream narrative and we tend to forget how their works and actions defined their times.

Lucky for us, many our participants were able to revisit the lives of three incredible Mexican women as part of our Online Spanish Immersion events. Led by Adrián Pascoe—a Mexican playwright, screenwriter and cultural critic—this talk introduced our attendees to:

Malintzin, a Nahua woman who went from slave to translator to likely strategist to the armies that toppled the Aztec Empire in 1521. This is one of least known and most consequential stories of Mexico’s history. It wouldn’t be an o

Sor Juana Inés de la Cruz, a 17th century nun and Mexico’s best poet, who threaded a network of powerful officials and intellectuals that allowed her to articulate a new identity for Mexico without ever leaving her cloister life.

Frida Kahlo, a woman of European Jewish descent who spent her lifetime rescuing and interpreting the country’s indigenous legacy for modernity.

The talk was presented in Spanish with English subtitles, and it was not only a great way to learn about Mexico, but also to practice comprehension skills!

Check out more of our upcoming events here: https://fluenzevents.zohobackstage.com/events