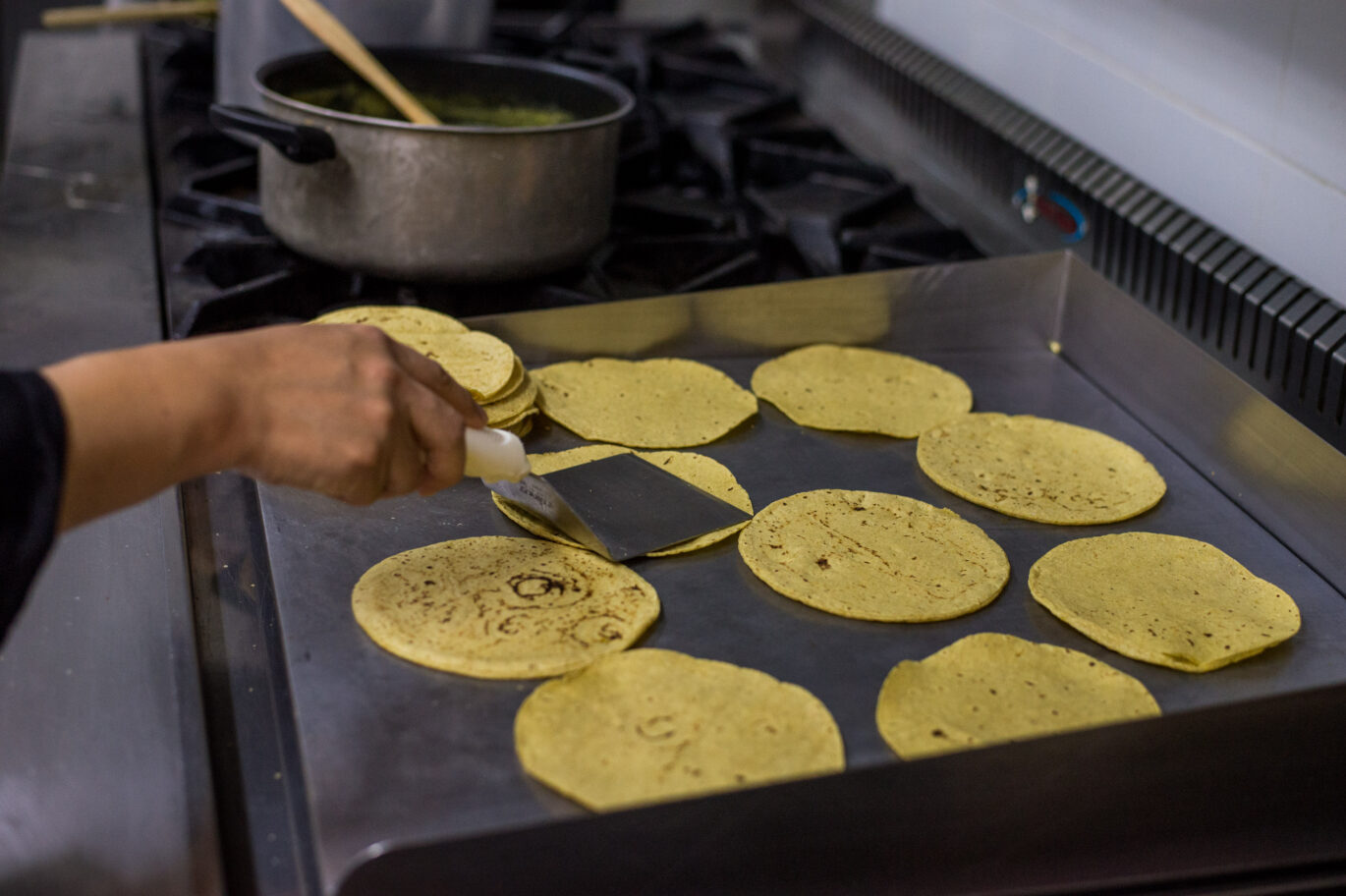 We’ve said it before and we’ll say it again: good food and Spanish go very well together. This is especially true when the Spanish Immersion is set in a culinary Mecca such as Mexico, where the food tradition goes back thousands of years.

When participants arrive at our Mexico City Spanish Immersion, they quickly realize that our week revolves mainly around learning, food and wellbeing. We want our students to learn with the best program in the world, and we want them to do it in a beautiful and peaceful setting that includes great food. That’s why we have our own private chef, who’s in charge of preparing breakfast and lunch, and why we also have a very special visit to the Pujol restaurant— a seven-course dinner with wines at the Chef’s table.

And in the middle of all this wining, dining and enjoying the secrets of Mexico’s succulent gastronomy, there’s the tortilla. This flat, round, bread is ever-present and that’s because it’s one of Mexico’s most valued foods and it’s also at the core of many traditional dishes, including tacos, nachos, enchiladas, chilaquiles, and many more. The Mayans claim that the tortilla was created around 10,000 BC, and today it remains a symbol of the Mexican nation and its people. Furthermore, it’s also an important part of the economy; tortilla production is a billion dollar industry and it’s eaten by millions all over Mexico.

So come and join us for some Spanish, delicious food and a side of tortilla. Write us at guestcare@fluenz.com