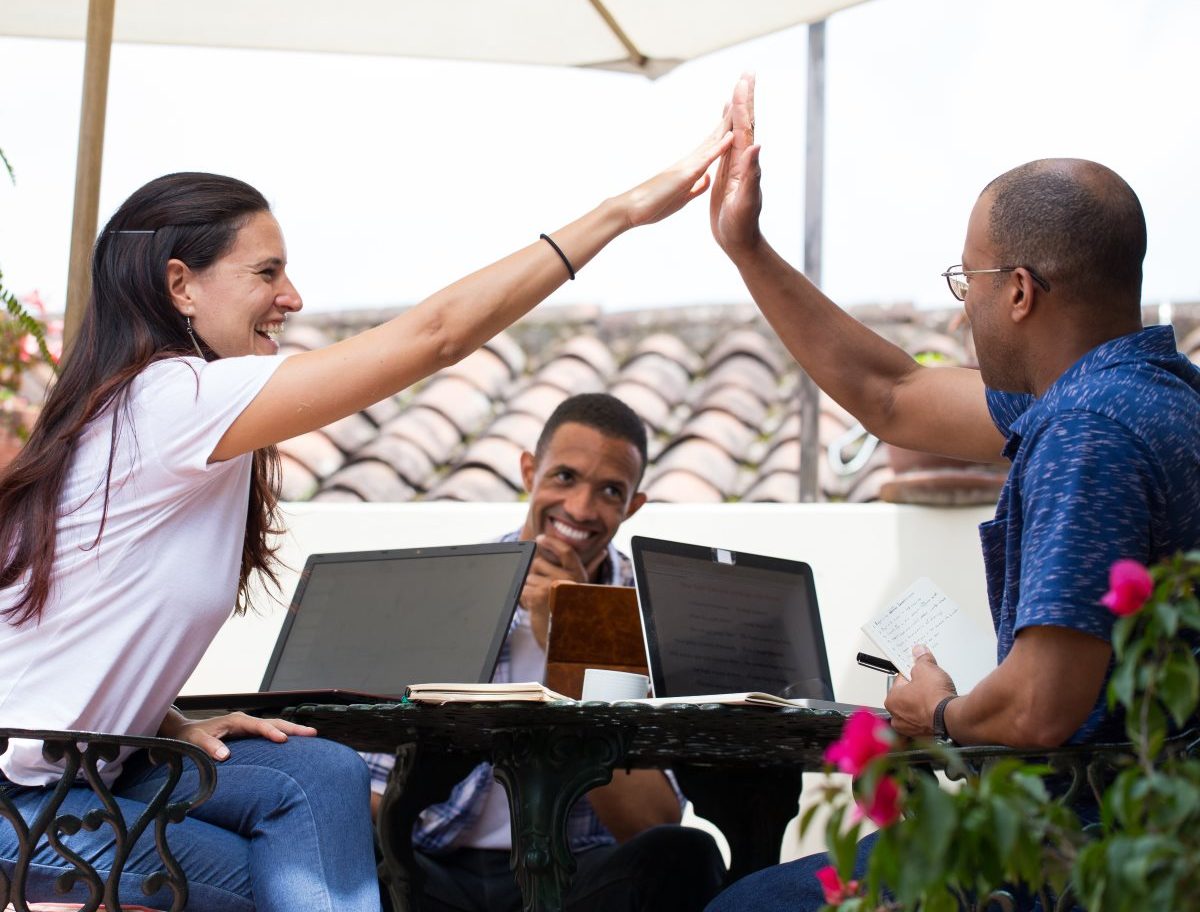 You have no doubt wondered about the logic behind the gender of Spanish words – why is “table” (la mesa) feminine but “desk” (el escritorio) masculine? What’s so feminine about a necktie and so masculine about a dress? Why do we even give inanimate objects genders in the first place?

Well, the short answer is… we’re not really sure! There’s no reason that we can easily put a finger on anyways.

Luckily, though, there are at least some rules and tricks that you can use to determine whether a word is masculine or feminine. Even though they don’t cover all words in Spanish, we know from our students at Fluenz that it’s nice to have at least a few tricks in your arsenal that are dependable and airtight

The ‘Why’ Behind Noun Genders

Though we can trace the origin of noun genders back to Proto-Indo-European, we can’t really give a reason as to why a given noun is masculine or feminine beyond saying that it was just a cultural phenomenon. After all, many words vary in gender between languages that share the same Proto-Indo-European ancestry. “Table” is feminine in Spanish (la mesa) but masculine in German (der Tisch). Of course, those are very different sounding words even though they mean the same thing, but we don’t really even have to go that far to be baffled by the seeming lawlessness of noun genders.

Take the Spanish words for “colour” and “tooth”: el color, el diente. Both are masculine in Spanish, but when translated to French they become feminine even though the words are almost exactly the same: la couleur, la dent.

Why? Again, there is no real reason. Culture and convention fixed certain genders to certain words and we have to be happy with it. That’s just the way things are.

A Short History Behind Noun Genders

As we mentioned before, gender is a feature that was present in Proto-Indo-European grammar, the common ancestor of a large group of languages that not only include English and Spanish, but Greek, Russian and even Hindi!

Both Latin and Anglo-Saxon (the ancestors to Spanish and English respectively) had not two, but three genders: masculine, feminine and neuter. Along the way, English lost the use of genders, while most languages derived from Latin lost use of the neuter gender. In the case of Spanish, the majority of neutral Latin nouns became masculine.

Word genders is not a feature exclusive to languages derived from Proto-Indo-European though. If you think two genders is complicated enough, some African languages such as Swahili have as many as eighteen different genders!

What about when a new word enters Spanish usage, how do we know what gender it takes on? Well, that’s a pretty complicated issue. If the word is either masculine or feminine in its original language, then it will usually keep that gender, otherwise they typically become masculine. However, this is not always the case! Many times a new word will take on both genders depending on the region (el/la Internet) and sometimes we’ll use a certain gender for a borrowed word because it just sounds right… but that’s pretty subjective.

In both the Fluenz online Spanish program, and in the Fluenz Spanish Immersions we ease into the gender situation. If you are brand new to the language we don’t introduce this concept until a couple of sessions in. We deal with a world of only one gender during your first encounters with Spanish so as to keep the frustration contained and to give you a bit of context and structures first. You learn how to ask for things, and say statements in just one gender at first. Once you grasp that, we introduce the second gender.

The Ultimate Tip-Sheet to Articles in Spanish: "El" vs "La", "Un" vs "Una"
Numbers in Spanish: the practical guide for English-Speakers
“Good morning” in Spanish and other useful Spanish greetings and phrases