Fluenz » Fluenz Blog » Learn Spanish » ‘My’ in Spanish: A Simple Guide to Possessive Adjectives in Spanish 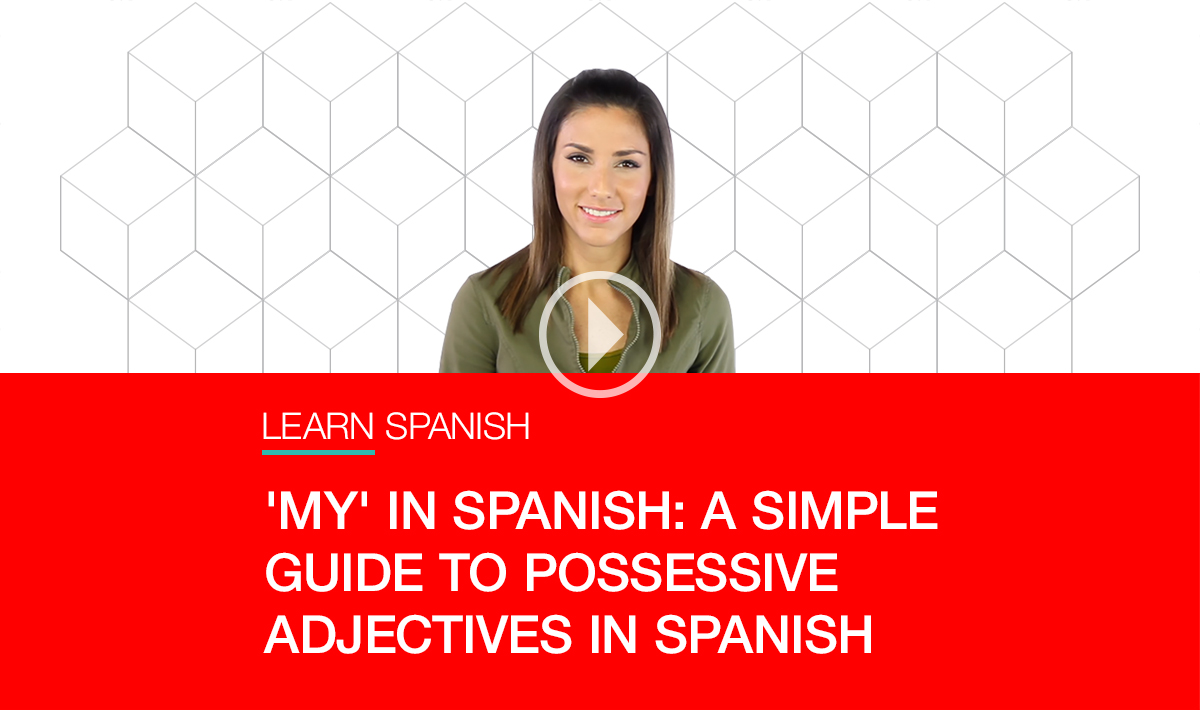 There are few more useful words than ‘my:’ think of my coffee, my room, my hotel, my bag, and on and on. The word ‘my’ in Spanish is ‘mi.’ And the great news is that ‘my’ in Spanish works exactly as ‘my’ in English: mi café, mi habitación, and so on. Pair up the word ‘mi’ with any noun (people, places and things) and you’re all set.

‘My’ in Spanish, that is, ‘mi’, is one of what we call ‘possessive adjectives.’ As in English, they go right before the noun. Because they are adjectives, they need to agree in gender and number with the noun they’re accompanying. That is another difference with English, a language that doesn’t assign a gender to nouns. Luckily, all possessive adjectives in Spanish are genderless but ONE:

Attention! ‘Nuestro’ and ‘nuestra’ are the only possessive adjectives in Spanish that aren’t genderless, hence they’re the only ones that must agree in both gender and number with the noun: ‘nuestro’ = ‘our’ (masculine), and ‘nuestra’ = ‘our’ (feminine).

Now, practice ‘my’ in Spanish (and all the other possessive adjectives in Spanish, but first things first…):

My book is there = ‘mi libro está allá’

What if you own many things? If you want to say ‘my car’ in Spanish, that would be ‘mi coche,’ but if you were talking about two or more cars, ‘my’ in Spanish (‘mi’) becomes ‘mis’ = ‘Mis coches.’ Learn all the plurals:

Let’s add some vocab to our repertoire to practice:

*This is the most common form and the one we’ll use in our examples, but you’ll find that some people say ‘el computador,’ and in Spain they say ‘el ordenador.’

Where are her suitcases? = ‘¿Dónde están sus maletas?’

We need our computers. Where are they? = ‘Necesitamos nuestras computadoras. ¿Dónde están?’

Where are their chargers? = ‘¿Dónde están sus cargadores?’

Speaking of possession, how would you say something like ‘my computer’s charger’? Easy!

So by adding ‘de’ you can express possession; just follow this nice formula. Don’t forget to add the article at the beginning!

How To Order Food In Spanish
Numbers in Spanish: the practical guide for English-Speakers
Adjectives in Spanish: The Power of Descriptions in Spanish