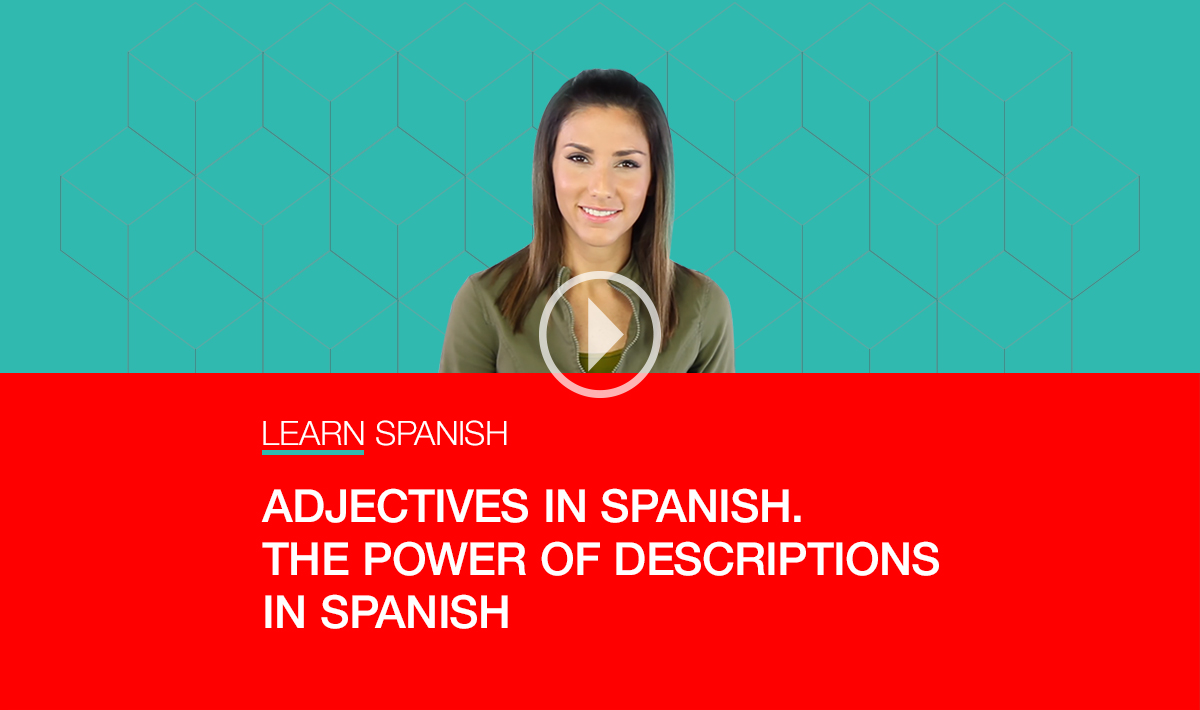 Adjectives in Spanish will make all the difference to your communication in Spanish. Whether we want things to be hot or cold, large or small, expensive or cheap, light or regular, these are all adjective choices we make on a daily basis. The list of adjectives in Spanish is long, but you’ll find that they’re the perfect tools to be as specific as possible when asking for something, and mastering these Spanish words can be easy if you follow these tips and tricks.

There are many things to keep in mind when using descriptive adjectives in Spanish, but we’ll focus on two for now: gender and number agreement. This means that Spanish adjectives have to match the noun they describe in both gender and number. These are new features for English speakers, since there is no such thing as masculine or feminine gender for nouns in English, and you don’t need to adapt the adjective like you do in Spanish.

With adjectives in Spanish, you have to change their ending to match the noun. Many common adjectives in Spanish end in -o, for example, ‘barato’ (cheap), ‘caro’ (expensive), ‘corto’ (short), ‘largo’ (long), ‘bonito’ (nice or beautiful), ‘feo’ (ugly). In these cases, the Spanish adjectives for masculine nouns keep the -o, and for feminine nouns, the ending changes to -a.

The same applies to colors:

There are many of them. The best thing about these is that you don’t have to change their ending!

To match these adjectives with plural nouns, add the letter ‘s’:

To match these adjectives, you have to replace the ‘z’ with a ‘c’ and add ‘es’:

Now that you’ve mastered adjectives in Spanish, take this opportunity to keep on learning! In my next video and article I’ll show you how to use this information when you go shopping. Don’t miss it!

Learn Basic Spanish: The First 10 Spanish Words You Need To Learn
Shopping! The Verb To Need: Sometimes you Really Need it.
Numbers in Spanish: the practical guide for English-Speakers