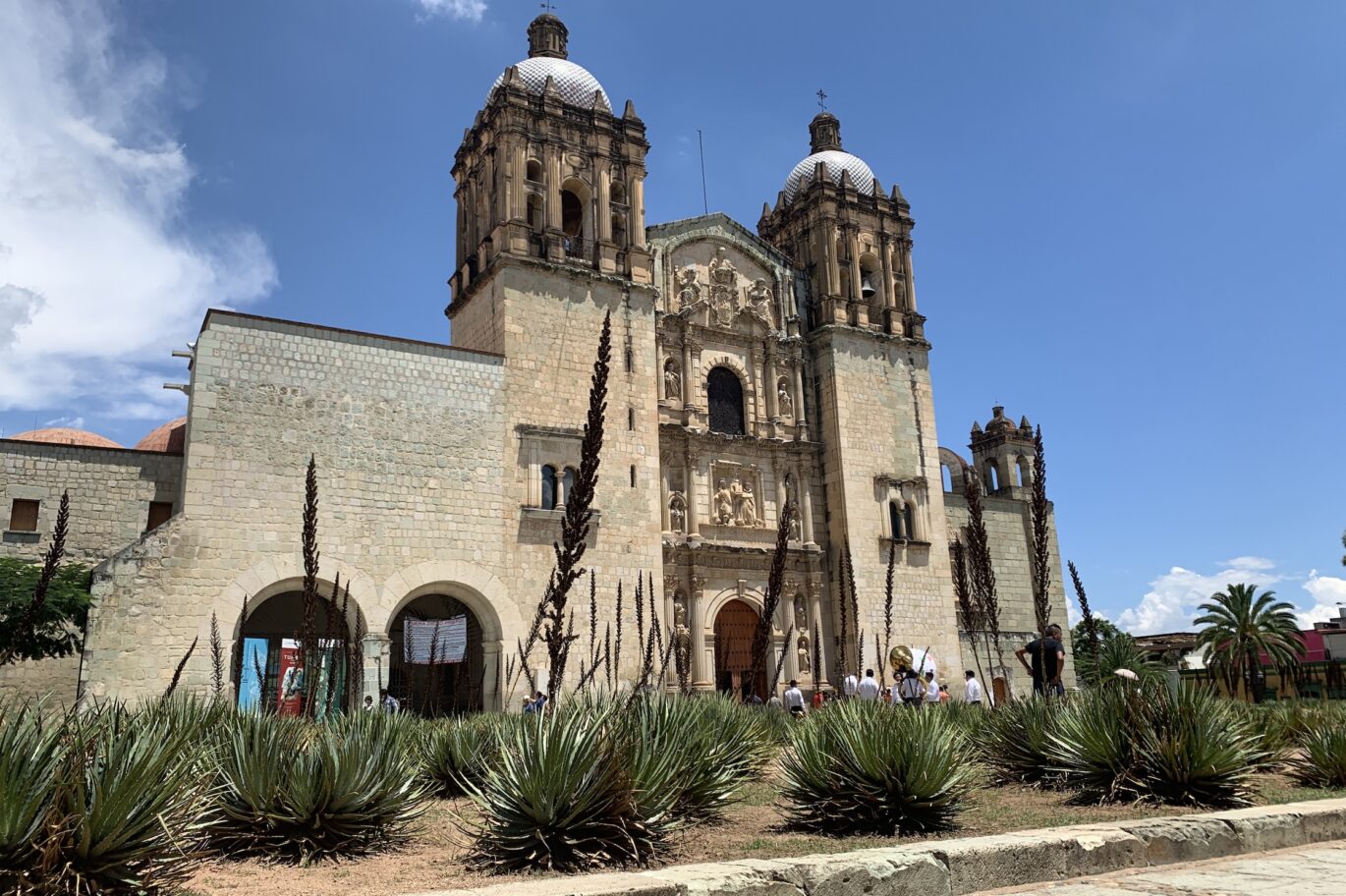 Our Fluenz Oaxaca Immersion is the perfect combination between learning Spanish and discovering a very unique city. Oaxaca is not only one of the most ethnically and linguistically diverse states, it’s also home of the Mezcal, has a very interesting culinary scene, some pretty lively and colorful celebrations, and some spectacular churches.

In fact, every church in Oaxaca has its own fascinating story. Both in the small and large temples, Zapotec and Mixtec themes are present in every facade and altar, as well as references to the epic battles between progressive Franciscans and conservative Dominicans, and the rise of a uniquely Mexican baroque.

The Church of Santo Domingo, for instance, is considered one of the most beautiful churches of its era due to its majestic facade, its interiors and its history, and it’s now a UNESCO World Heritage Site.

For those interested, the topic is inexhaustible, but even if you’re just a casual visitor,  a brief tour of a church can be fascinating. When our Immersions return, come join us for some intense Spanish and some great culture trips.

For more information, write us at: guestcare@fluenz.com